January 2021 - We did it again - and are proud to announce that we have been selected for the SwissGames Showcase Mentorship Program 2021. We would like to thank SwissGames, Jason Della Rocca (Execution Labs)and everyone involved for the trust they have placed in us!

June 2020 - Due to a successful pitch Whoop Arcade was selected for an exclusive mentoring with Robin Hunicke (funomena) and comprehensive support for participation in various industry events such as Luicious, GDC, Gamescom, Reboot Blue, Game Connection Europe, VR Days and Nordic Game Conference. 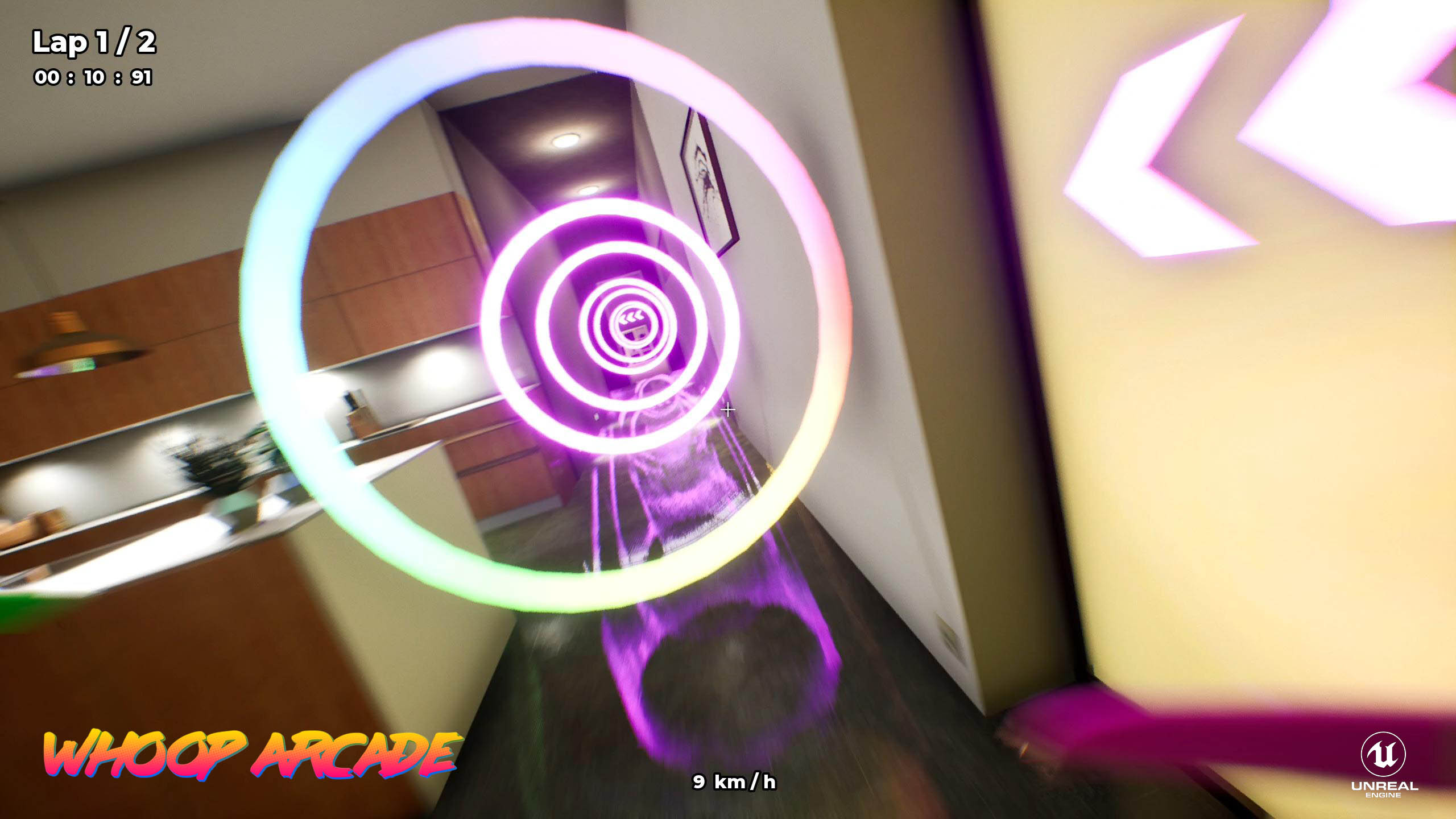 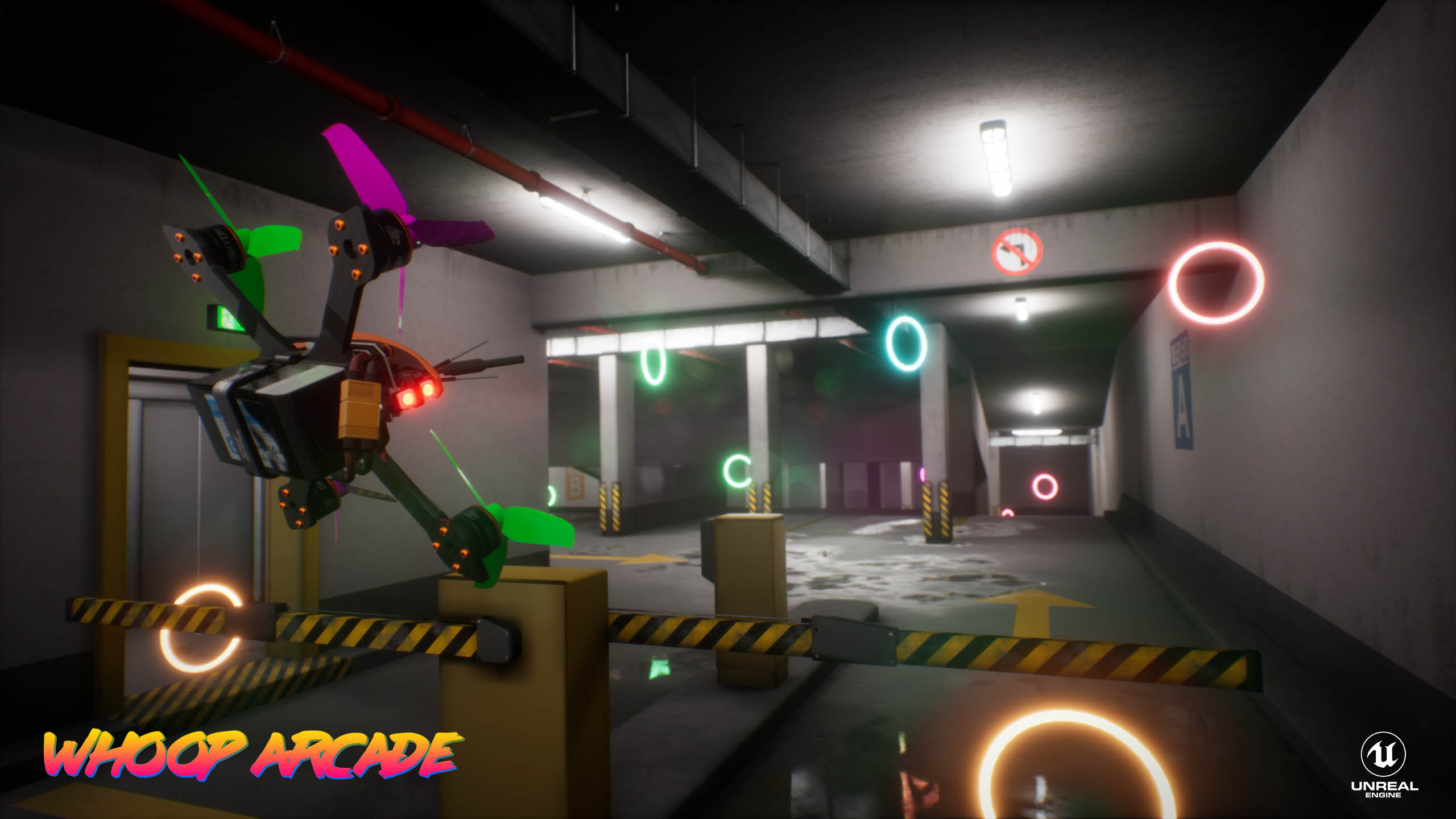 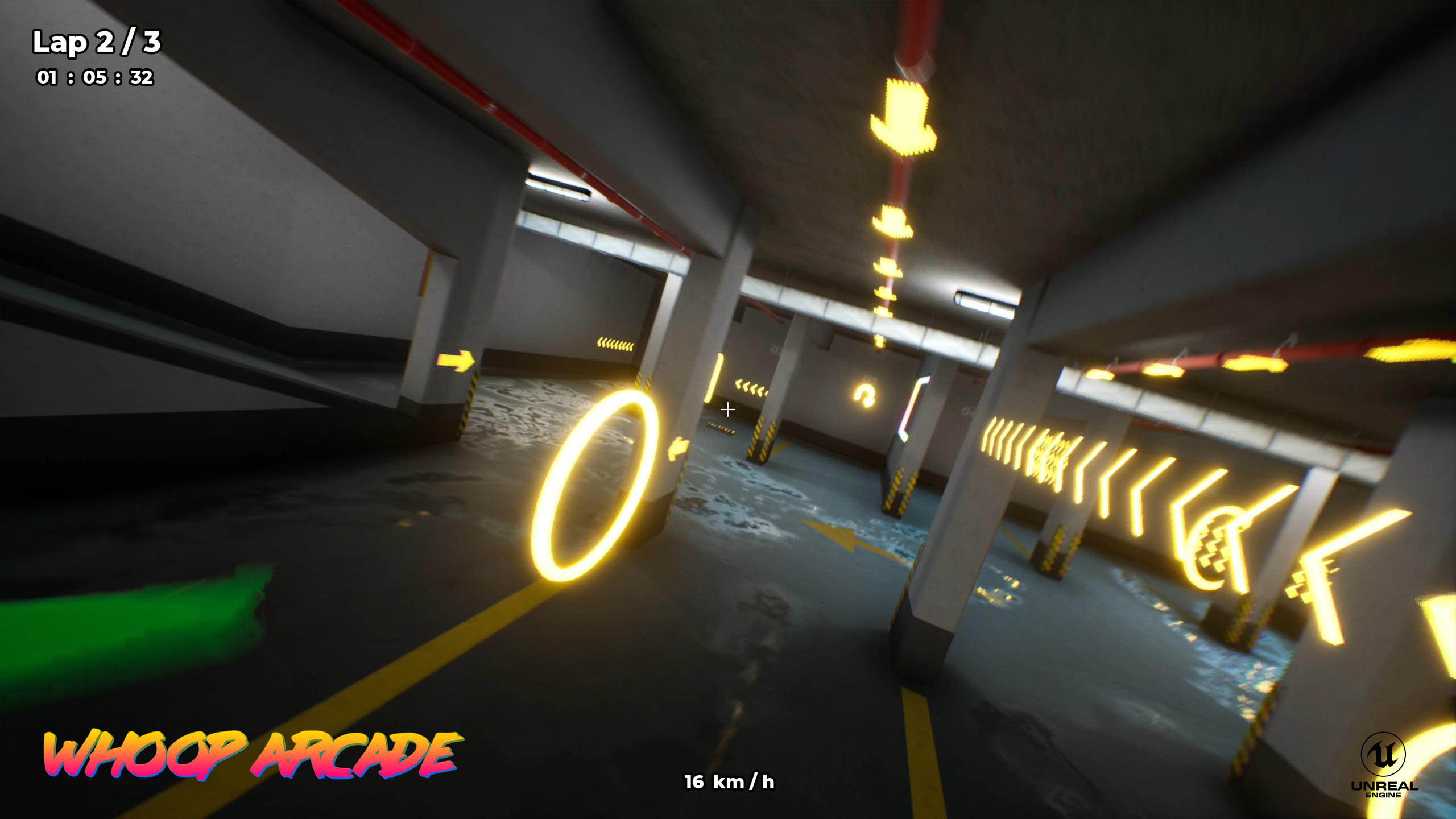 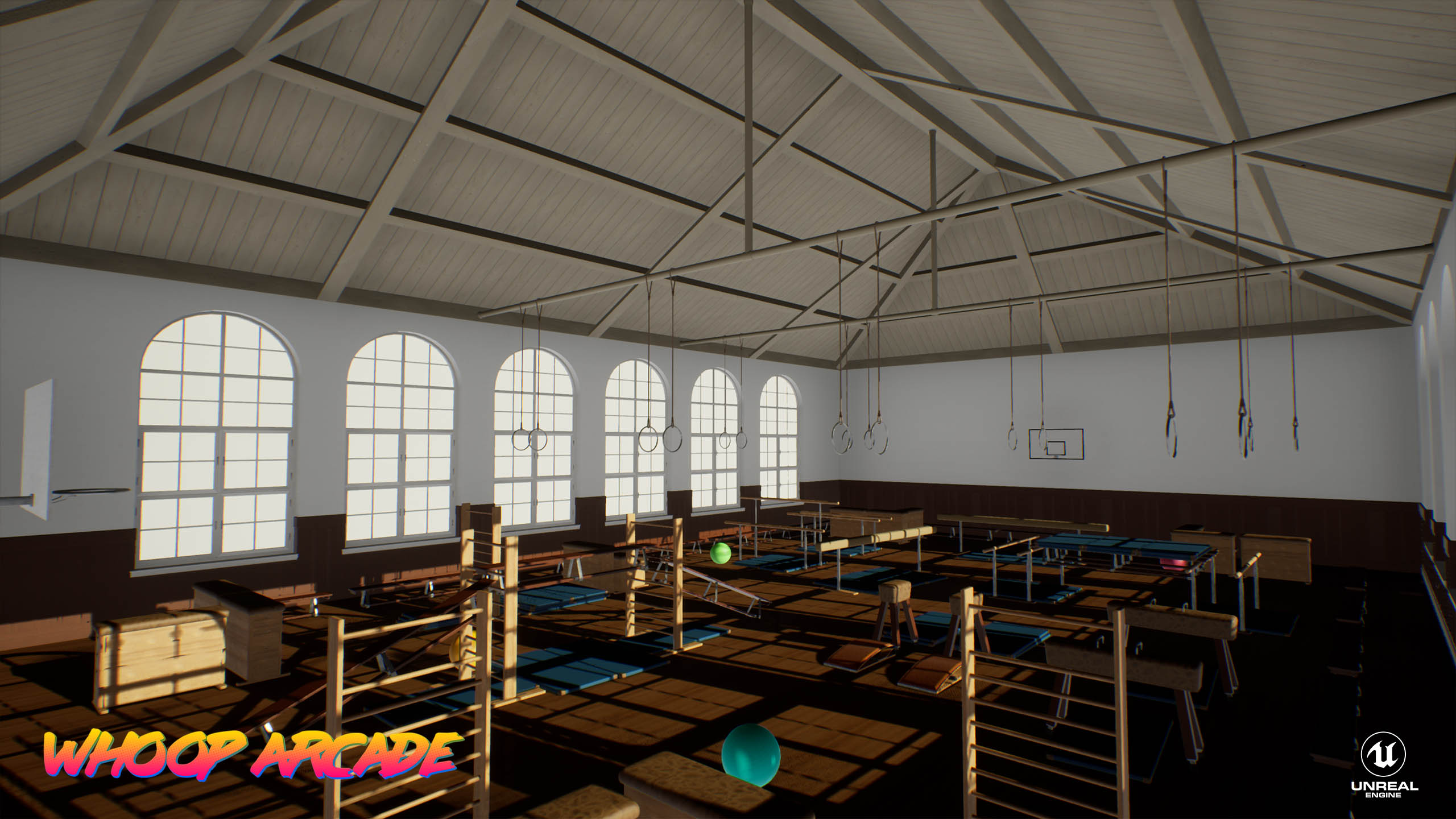 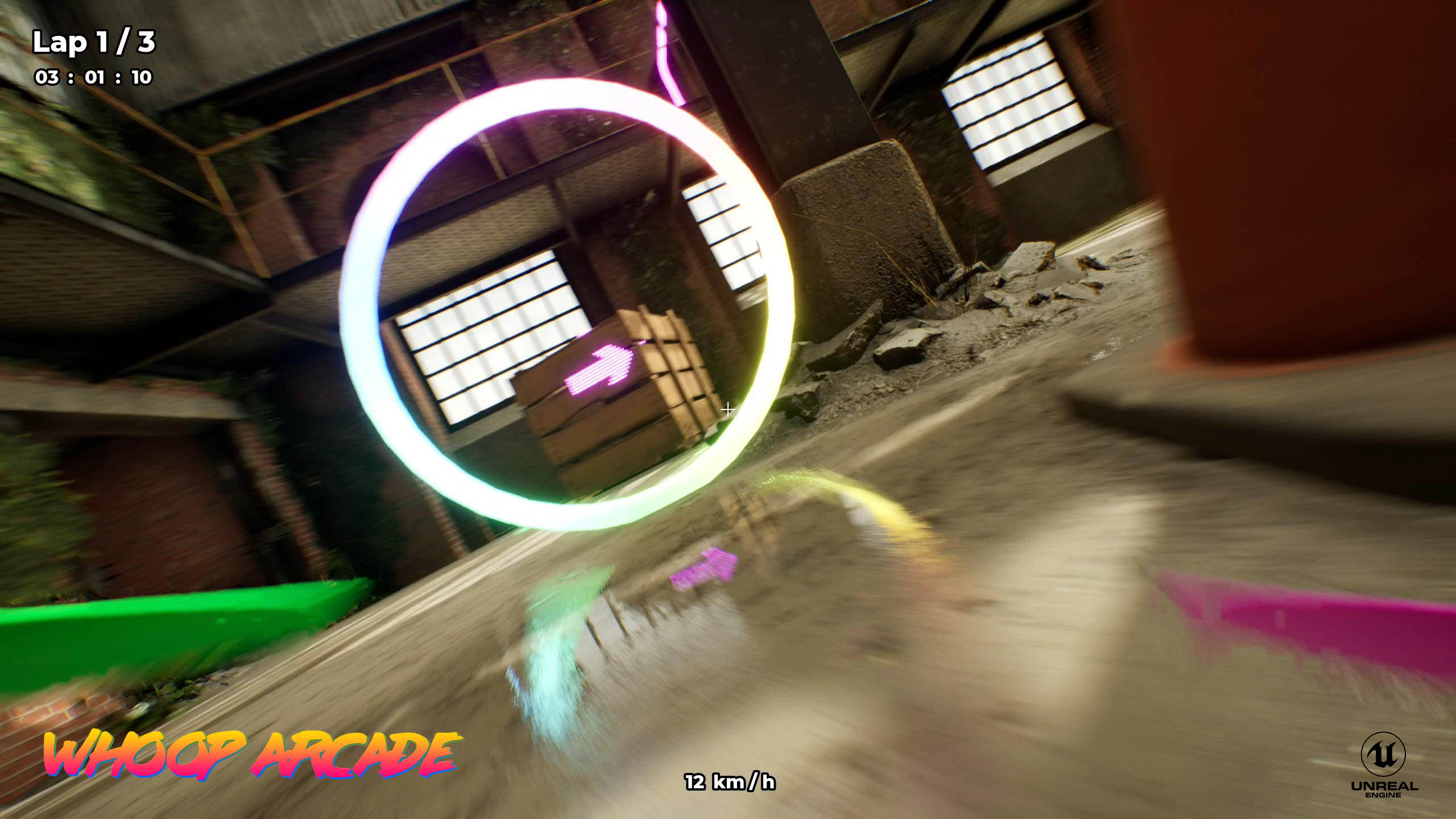 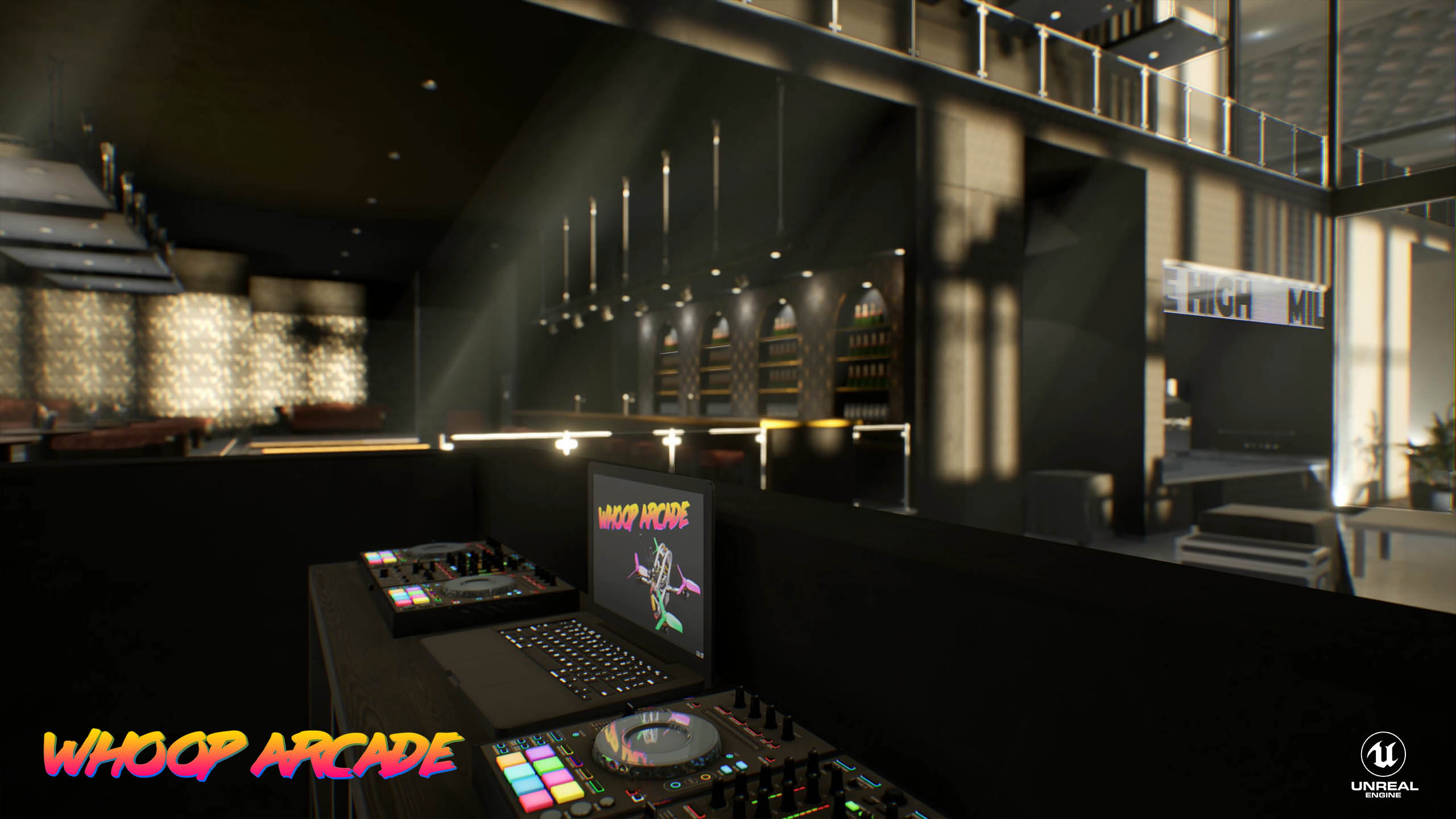 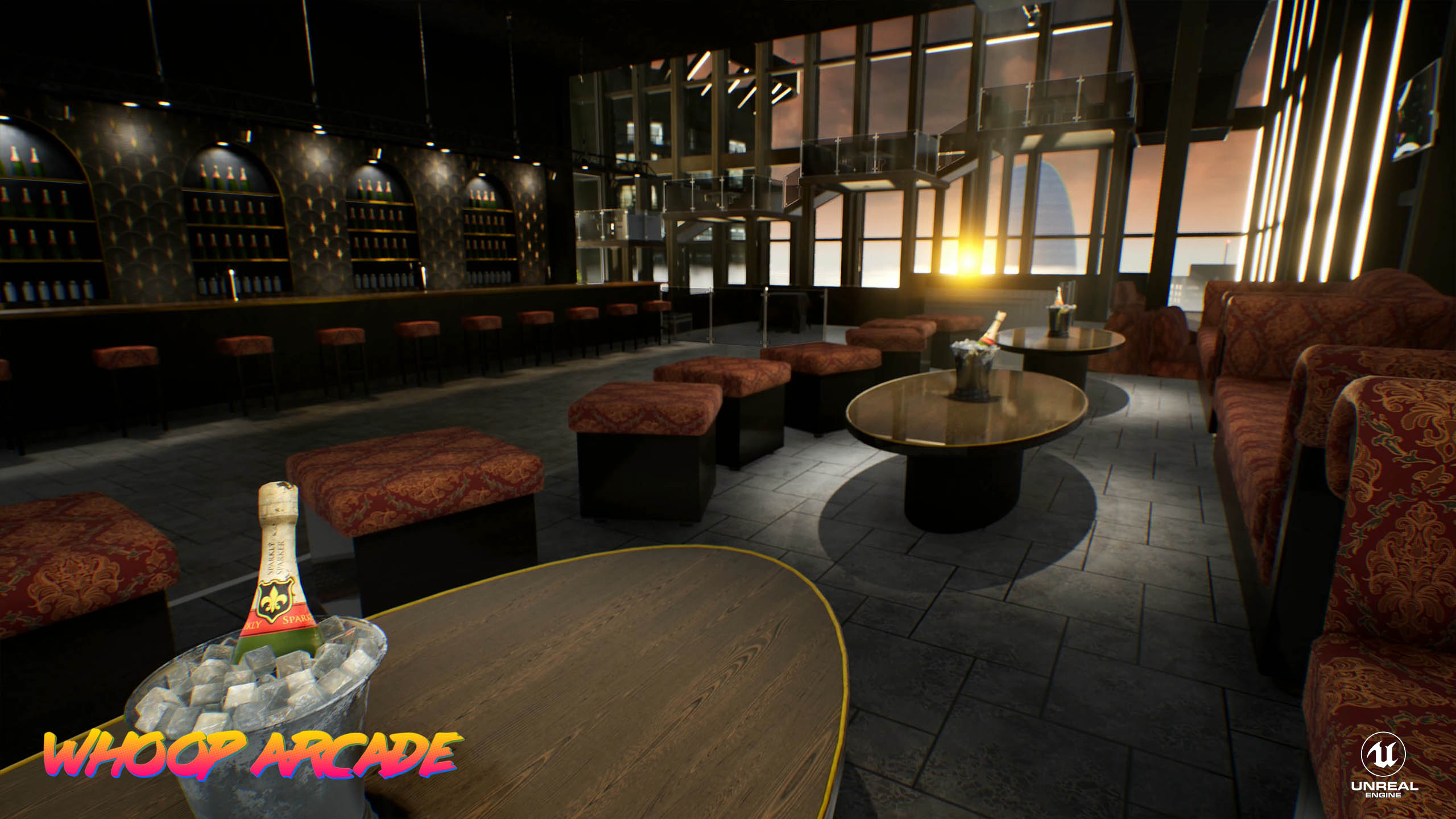 Hello World
What is Whoop Arcade?

Hi, I'm Patrick, developing Whoop Arcade together with Thomas. In this post I want to give a little background on who we are, why we are doing this, and what's it all about.

Thomas began his career in 2014 as Supervisor at the SAE Institute Zurich, Switzerland. Completing his Bachelor of Arts degree at SAE Zurich in 2017, awarded by the Middlesex University London, he was able to gather first coding knowledge by designing and programming a Virtual Reality game. In 2016 he became Head Instructor at the SAE Institute Zurich, being responsible for the Game Art Department, quickly becoming a widely appreciated teacher, supporter, leader, colleague, and friend for many. Running his own co-founded business since 2018 he is heavily focused on utilising video game technology for photo-realistic and interactive real-time visualisation applications, mostly for augmented and virtual realities.

I for myself started my career as 3D Artist at Crytek Frankfurt, Germany. After mainly working on Crysis 2, I moved on to Guerrilla Games Amsterdam, doing Environment Art on the Killzone Franchise and pre-production on Horizon: Zero Dawn. Fulfilling my desire to share my experience, inspiring and supporting others to become creators, I became Head Instructor Game Art at the SAE Institute Hamburg. Following my vision to run my own shop, I got engaged in real-time visualisation interactive software production together with Thomas in 2017.

When natural disaster struck, we felt a decrease in projects, since Corona lock-down hit the economy and everybody’s daily life hard. Now having more time on our hands and also being locked at home, looking at ways to keep the craftsmanship sharp, we came up with this idea...

How It All Started

Quite some time before I got myself a DJI Mavic photography drone. This ultimately led me to the world of Racing and Freestyle FPV flying. FPV stands for First Person View - meaning that you look directly through a camera mounted on the drone, using a head-strapped display goggle, while flying it. A world of speed, flow, skills, precision, adrenaline, drama, competition, sharing and huge fun alike. All that and a big portion of nerd-ism, patience, rapid evolution of technology and infinite deep rabbit holes... What I'm trying to say is the entry hurdles to this particular activity are as high, as the possibilities are endless, once you make it to get your Kwad up in the air and manage to successfully control it. In order to build a FPV quad-copter, and more importantly being able to repair it since frequent crashing is also name of the game, knowledge in soldering, PID-control, flight computer programming, battery maintenance and whatnot are essential. Once all that is sorted, gaining the ability of actually flying that thing becomes the next problem to overcome. In comparison, photography drones are more like a camera that can freely be moved in all three dimensions in space. Pushing the control stick up makes the drone move up, down is down, left is a straight line to the left and right goes right. In contrary a FPV drone is not self stable. Yes, there is also a flight controller, but no, it doesn't translate the user input into spacial position. All it does is control-looping the pilot input against actual rpm on the motors, using gyro data. This makes steering extremely difficult.
Anyhow, after spending tons of time and money, facing considerable amounts of frustration and failure, one finally gets into a flow state of mind, which I find closest comparable to skate- or snowboarding. It might first sound funny, but this is exactly what one does: moving mass through space by given laws of physics, all dependent on reaction and muscle memory. Being "inside the drone" and "feeling" the drone through your radio controller, the level of immersion is remarkable: a whole new sensation awaits. It's like being "inside a complete different animal, you're not human any more", - as Carlos "Charpu" Puertolas put it, who started as one of the first pioneers in the field of FPV drone flying and reached the status of a "Drone-Racing Megastar". Check out:

As much as I got drawn into this whole new thing, I felt sorry for all the people that never gonna experience this sensation because the entry hurdles seemed out of proportion or simply because having no one around to be inspired by. Probably everybody heard about drones before - but how many people do you know that are flying FPV drones in a sportive, competitive or recreational fashion? Hell, did you even know that's a thing?

It was the FPV sub-genre commonly called "Tiny Whoop" that sparked the fire. People coming together to do miniature races in real spaces that look like taken straight out of a video game - if you see it you'll love it.

So, what if all the technical necessities are taken away, controls are simplified, solely focussing on the core experience of flow state of mind, celebrated on ones own or even better together with friends and strangers? Maybe even explore possibilities that are realities in games but impractical in real life? Here's the clip that convinced me a game-design idea we first had, might not be that silly at all, but instead a great deal of lolz:

We began doing mock-ups and art quality benchmarks. After a while we realised that the most fun on the development indeed actually comes out of play-testing and we decided to take the prototype to next level. Looking at what we already had and what deemed feasible, we fleshed out a comprehensive game design document defining the game in written form. The stage was set for a fun and competitive game inspired by most fun aspects of FPV sports, bending and extending reality into a video-game, simplifying access yet keeping the cools and blings.

Being gamers, fanbois, developers and teachers all at the same time, our natural aim is to ongoingly inspire people to get involved, cherish and evolve the culture we ♥ - Gaming.

By developing, shipping and maintaining an appealing state-of-the-art title, we further want to contribute to gaming culture evolution, sharing the process of creating a video-game with enthusiasts, creators and players alike - just as ultimately enjoying a flowy good ol' video-game together.

Welcome to our quest, welcome to Whoop Arcade.


What is Whoop Arcade?

There are many great Quadcopter Simulators out there. DCL - The Game, FPV Freerider, Liftoff, The Drone Racing League Simulator, Velocidrone, just to name a few. You already own a real Kwad and therefore a professional RC Transmitter as well and want to do some off-season or bad weather training, refining your skills towards ambitious and extremely sensitive controls? Go and get one of the above - they are really good.

Whoop Arcade does not want to be a Simulator. Whoop Arcade is a streamlined Action Arcade Game. While catching flow, speed and agility from real sportive quadcopters, the controls are tamed towards usability for everyone. Real quadcopters are extremely sensitive on the controls, requiring a specialised RC Radio Controller to be able to successfully command the delicate and highly professional equipment. Simulators are adjusted to this circumstance and therefore best controlled with a professional RC Radio Controller (supporting USB). All you need for Whoop Arcade is a Gamepad of your choice. It takes away the pain from highly specialised professional setups, focussing on the core of drone flying - allowing you to feel what this new and exciting kind of motion, agility and flow is all about.

If you are a drone pilot, simply looking for an entertaining game that is themed around your favourite hobby, but puts fun in gaming first and realism second, have a look at Whoop Arcade, you won't regret it.
If you never controlled a real quadcopter before and you just don't feel like putting hours over hours in gathering the required basic skills, but feel intrigued by what sportive drones can do in terms of flow and sheer fascination, your time has come.

While concentrating on taming down sportive drone physics to it's very essence towards experiencing and feeling what it's all about, Whoop Arcade also breaks free from real life limitations that simulators are trapped in. Besides taking your little bird for high tension and super flowy racing action together with friends, or just simply fooling around in freestyle mode, enjoying the extremely detailed and beautifully handcrafted environments Whoop Arcade has to offer, you can also strap all crazy kinds of shooty things to your vehicle and hit that Battle Mode button...

If you are looking for a fresh experience in Action Arcade Games, using latest technology and state-of-the-art visuals, either enjoying the flow on your own, go full on competitive on your couch with up to 4 player split-screen or compare your skills with contenders worldwide via online connectivity and gameplay, Whoop Arcade is for you.